LET IT GO! THE PARETO PRINCIPLE 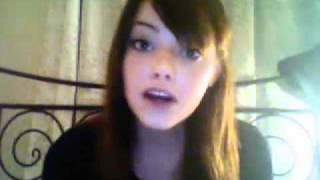 What's really important in a self-tape?

I've heard booking actors fall on both sides of the debate. Some sing the praises of self-tapes. Others appropriately moan, "Why can't you see me in the room? I'm so much better in the room. I kill in the room." I hear ya. and I've got some theories...and some unsolicited advice.

It's not going away. Technology has changed the way that actors audition. Hell, headshots used to be in black and white because people photocopied them and if the images weren't originally in grayscale the photocopy looked all screwed up. As it became cheaper to make reproductions in color, more people made the switch. Nowadays, when you go on a commercial audition you would be genuinely surprised if they even asked you for a headshot because they have 20 color photos of you from your LACasting profile - amiright?! Point is that we love, love, love technology when it makes things easier for us, but sometimes it takes us a while to realize it.

I've worked with casting directors. I've seen the cameras they use to put things on tape. They remind me of the month in film school when we picked up Super8 cameras because they were vintage. I kid, but there's nothing special about a CD's recording equipment. Some of the casting offices don't know how to even use them. A client once told me that a casting assistant tracked her down after an audition because they forgot to record it. Yikes! Where casting offices have the opportunity to excel is in their redirection and engagement of actors. However, often times they are sooooo damn busy that they don't have time to devote to it which is a shame. (By no means am I saying that is all casting offices). Casting offices used to courier these tapes to the decision makers to watch. Now they are hosted online (what a novel idea). There's a variety of options to host these videos, but some of the ones utilized are crappy. Anecdotally, a writer/producer friend of mine was telling me about when a pilot of his was getting cast a few years ago. He had some input on casting. The site they utilized was super buggy and would crash allllll the time. When he questioned "why this site?" He was told it was more secure. Hmmmmm...So I guess what I am saying is that SOMETIMES your in the room audition is recorded on a crappy piece of equipment, by a casting director (or more likely associate) who doesn't have time for you, and then uploaded to less than stellar video hosting site. Sounds like a recipe for success!

What's amazing about this whole process is that the input/redirection from casting is the only part that I think we need to keep!

If this were a game show, I would be telling you what you've won:

Well actors, you don't have to drive to Santa Monica from Silver Lake on a Friday for a 4:30pm audition. No more waiting in a room filled with your dopplegangers. No more accidental parking tickets. No more calling in sick to your survival job because they can't change your appointment time!

You can make it better. All those pieces of the pie can be enhanced so that the tape the directors and producers see showcases your acting chops. From start to finish you get to curate the experience of your self-tape. Shoot in HD with an external microphone. If you are working with me, you have the option of side coaching during the tape. Password protect your video on Vimeo or send it direct. You can give them the performance you know you are capable of delivering.